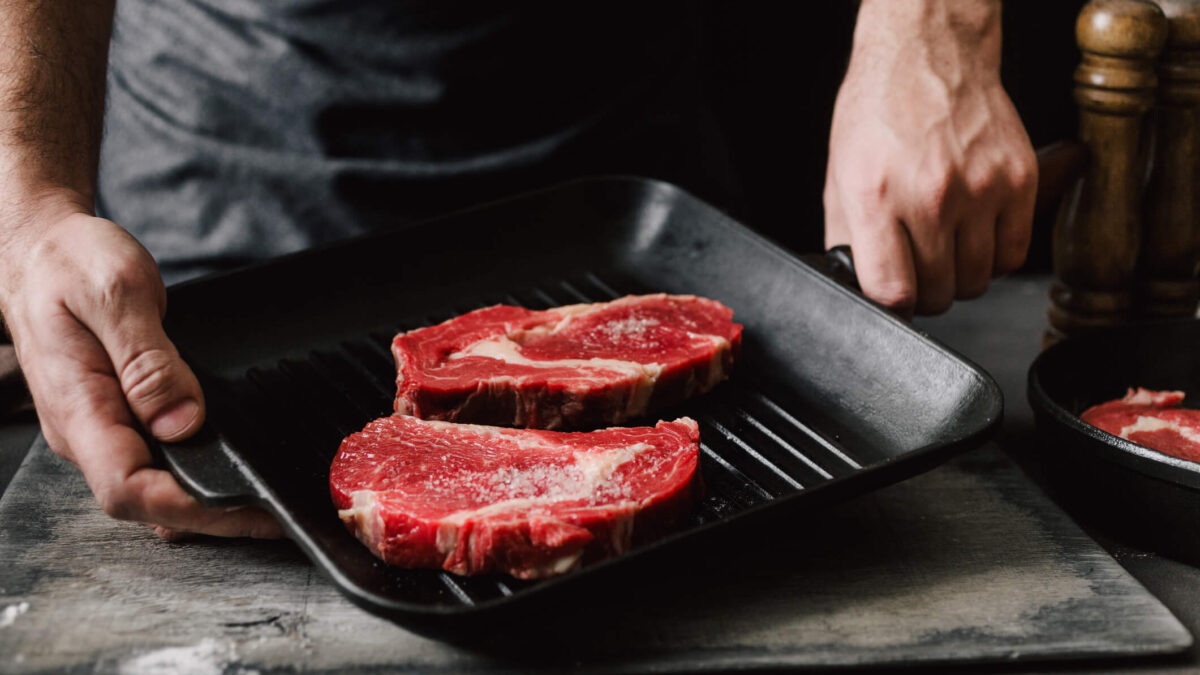 Sprinkle the beef with coarse salt and black pepper. Coarse salt like Kosher salt or coarse sea salt doesn’t penetrate the meat as much as fine salt and thus it will not remove the interior moisture.

Pan sear the beef until browned evenly on all sides. (If the beef starts to char turn the heat down a notch.)

Cooking times are best determined using a meat thermometer, especially with grass-fed and finished meat because it cooks quicker than grain-fed beef. Insert the thermometer in the thickest part of your meat (not near bone, fat or gristle).

Resting the meat after removing it from the heat is very important because it allows the meat to gently finish cooking while retaining the maximum amount of moisture. It’s best to rest the beef in a warm, but not hot place. Optimally steaks should be rested for 5 minutes and larger roasts for 10-15 minutes.

Always carve across the grain and as thinly as possible.

Note: I personally do not marinate my meat because I want to fully appreciate the natural flavor. If you choose to marinate, I recommend marinades that are high in good fat and low in moisture. Acidic ingredients like vinegar and citrus juice should be added after carving to get the best flavor penetration without ruining the low moisture browning process.

***Stan was trained in French and Japanese cooking with an emphasis on seasonal, whole animal, and farm-to-table cooking. For ten years he cooked for the following notable Portland, ME restaurants: the Back Bay Grill, Miyake, and the Portland Hunt and Alpine Club. 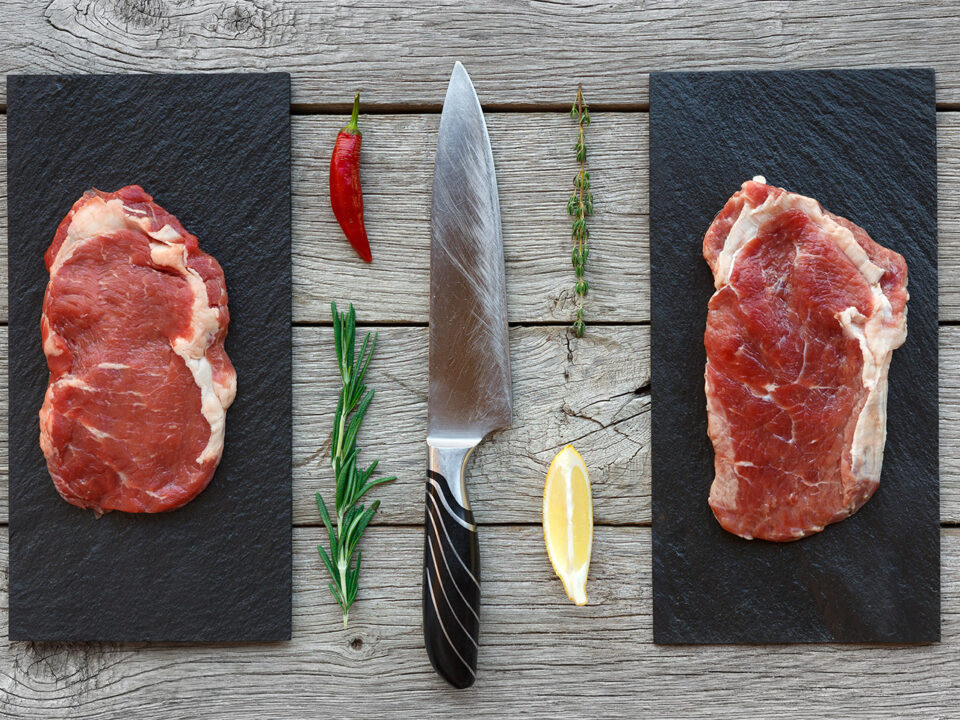 The Difference Between Cooking Grass Fed and Grain Fed Beef